This is the moment that I take annually to give a message that comes from the heart and spirit, drawn from my experience of ancient wisdoms in view of the current world situation.

We are at the crossroads of two eras, a time of transition, at the hinge between a world that was running with glee towards ever more gratification of the senses by overusing the riches of mother earth without concern for future generations and without true spirituality, and a world where the intelligence of our true nature as human beings is at the heart of our governance and our relationship with the earth and its nourishing nature.

It must be noted that our current rulers, influenced by the globalist deep state, which is characterized by a dreadful darkness, are not at all interested in the well-being and security of the populations they serve. Except for Russia and a few states where there is spiritual intelligence in place, such as Thailand and Indonesia, few peoples can boast of governments that are concerned with the long-term health and safety of their populations.

Native American prophecies have prepared us well for these times of transition. Spiritual elders from many nations have attempted as early as 1969 to warn the world’s population of the error of working without considering the future of future generations and the health of the environment and ecology. But these communications fell quietly into the abyss of stupidity of technocratic governments that consider the indigenous and native people of the continents as sub-beings to be assimilated into the system or, failing that, to be subjected to the organized and disguised genocide typical of industrialized countries.

In the last few years, this movement has reached a climax with the creation in laboratory of a virus and the false propaganda of the WHO and submissive governments, aimed at creating a massive vaccination with nanobots and proteins designed to modify the DNA of world populations. What this vaccination aims at, apart from a hecatomb of mortality that is increasing exponentially throughout the world, we can guess, has nothing positive for human beings in connection with our generous mother earth.

The prophecies of our native elders announce the purification of the world. This time, these events of the end of cycle that occur periodically when humanity has lost his way will be carried out not with only one element, as in the last one documented in the bible as the great flood and Noah’s Ark, but with all four. Indeed, since 1969, there is an increase in the imbalance of the elements. Droughts and floods, earthquakes and landslides, windstorms, cyclones and hurricanes, an increase in active volcanoes, fires that spread over thousands of square kilometres and the electrical activity of the thunderbirds, lightning that strikes more and more human installations. Everyone can see, simply by watching the news, the increasing importance of these phenomena that have received the domesticated name of climate changes.

Faced with these phenomena and the degradation of the human being for the benefit of the system, how can we see intelligence and a movement that testifies to the good inherent in our quality as human beings?

The situation may seem hopeless… There is little hope that our current governments will return to an intelligent and spiritual management that takes into account the natural world around us. The natural world is responding slowly but surely, for mother earth has a lot of patience, but will above all preserve itself from this technocratic cancer that is eating away at it. Sidereal beneficial powers have been called in to heal her. Some are already at work. The present humanity is a plague which, like any cancer, must be eliminated for the health of the planet.

However, there is hope, a lot of hope. First, there is a split between those who blindly accept all the propaganda of the deep state, who are 3 and 5 times vaccinated, and who look less and less like human beings, and the conscious beings, who refuse this brainwashing and seek to promote their spirituality, their vigilance, and their right relationship with nature. They will survive intact the current formatting and will be stronger and more united with their fellow human beings in consciousness. It is painful to see the split in families and workplaces, but the purification is at this price. Also, it brings us back to the basics. Our true mission in life, our ultimate and overriding purpose as incarnated beings on earth in these days of transition.

We are souls in training on a planet that is one of the most difficult, but also one that offers the greatest potential for evolution. This training that we have been pursuing from life to life for tens of millions of years is destined to make us become a creator of worlds. We have at our core a divine atom, a spark of infinite power that guides us through our experiences so that we can learn to stimulate and promote life and creation. Our ability to help our fellow man, to heal and care for others and nature, to stimulate the growth of biodiversity, are works that move us forward in the path of evolution. We come hundreds and sometimes thousands of times to earth, in different bodies, in different countries and different cultures, for the training of our souls that are destined to help Great Spirit in the creation of an ever-expanding universe. We must not limit our vision to the current situation of the world, but see how common sense and the shamanic and original spirituality of humanity can help us to understand the purpose and the reason for this change of eras that we are witnessing now.

Shamanism is original, that is, it is the spirituality of all indigenous nations on all continents who live and/or have lived in harmony with nature. It is a universal spirituality. It is in harmony with the created world, it allows a fluid and true communication with minerals, animals, vegetation and elements. It has been systematically persecuted by governmental and religious systems, because it is the only spirituality that can present a danger to the hegemonic aims of the evil sub-lords who, in the shadows, direct governments and dogmatic religions. Yet, this original spirituality has survived and is growing all over the world.

Our unity with nature, our understanding of the infinite connections with the world around us and the incorporeal beings that accompany us every moment of our lives, is the pillar of our hope and understanding of the meaning of current events. The old world is collapsing in a miasma of pollution, wars, ecological disasters, climate change and ineffective and sordid decisions of governments influenced by deep state. The people of the world are increasingly disillusioned with the ability of the current governments to work for their well-being and security. The time for decisive change, which will permanently alter the current world, is now. We are all actors in one way or the other.

The actions to be taken to accompany a positive evolution for humans, nature and the planet are simple and on a human scale. Everyone can contribute. What we need to look at is how we can increase biodiversity and promote life around us. Ultimately, the declared goal that one which has been accepted by those who guide humanity in the spirit of goodness, is the family domain. A small family farm of at least one hectare that is cultivated for its beauty and the food it provides for the family. This estate is surrounded by other family domains in order to contribute to the protection of the estate, the community resources that any relationship with nature requires and the healing of the planet. This kin’s domain is always passed on to subsequent generations of the family and never sold unless there are no descendants. The estate is free of taxes. This is the basis we should aim for. This way we can heal the planet one family one hectare at a time. It is human-sized, protects and promotes biodiversity, increases the happiness and health of the family and allows for maximum development of consciousness. The intermediate step for those who can’t afford the one-hectare family domain yet, is to make a small community garden, to make potted gardens near the windows or on the roof, to feed on sprouts and shoots, to help others to achieve their own family domain, and so on, I think you can easily extrapolate on this theme. There is also helping others. Promoting life can also mean helping to heal others, provide for your elders, to care for animals or plants and to develop one’s consciousness in harmony with universal laws.

Our souls are immortal and eternal. They have a beginning, but no end. They are in training on earth and the current situation is likely to propel our evolution. Collaboration and unity between conscious and awakened beings is paramount. This is one of our inconsistencies at the moment. Often people on a spiritual or healing path advocate their own methods, their own churches, their own schools of training and do not seek to unite with other movements, schools or methods. In contrast to the forces of darkness who are all united by their love of money and the power it gives them. This is a gap that needs to be addressed: unity and collaboration between conscious people. This is a goal to consider for the year 2023.

As for me personally several projects are on the agenda. Reactivating the non-profit organization Domains for the Earth to try to give spiritual elders a place where they can transmit their wisdom and knowledge. Ancestral methods of cultivation and communication with nature are being lost… The younger generations are more interested in video games than in the arduous and holistic work of farming, herbalism and feeding from the uncultivated forest nature, and other related techniques, methods and knowledge. This ancient wisdom must be preserved at all costs. We want to contribute to this by offering to the elders who have these ancestral riches a place of life adapted and favourable to the preservation of their life experiences. If you are interested in contributing to our NPO, write to me!

Another project that is close to my heart is to continue to provide you with the wonderful perfumes of the Invocation company! 3 projects on the perfume organ: Launching BELLE perfume for women that will stimulate the joy and beauty of those who use it, TOTEM, a perfume for men encoded with the intention of promoting the sense of male protection and responsibility in the strength and nobility of what makes a man, another perfume that has no name yet, but unisex to promote the sense of the sacred and finally declining all of our perfumes in a support of vegetable oils rather than the traditional alcohol base.

I will start teaching again. There is an interest and a need to transmit healing techniques with crystals and stones. This time it will be for English-speaking students. Television broadcasts on this subject, on gaia.com, will be launched in May 2023.

You can see that I am quite busy although I don’t know yet how I will manage to move all these projects forward. But this is what drives my heart and my life in these times of transition.

In the light of our ancestral wisdom, I’m all yours in spirit and soul… 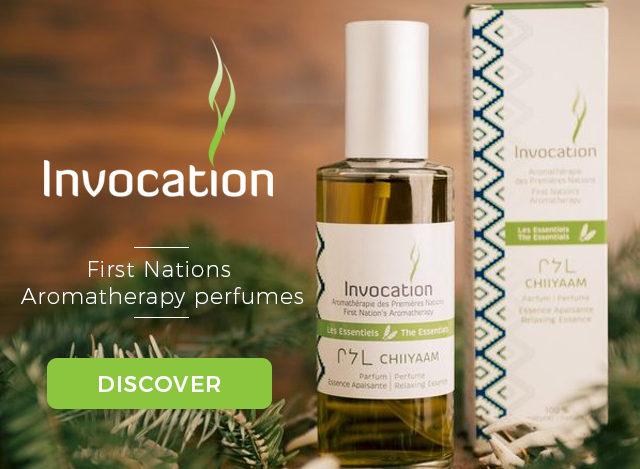